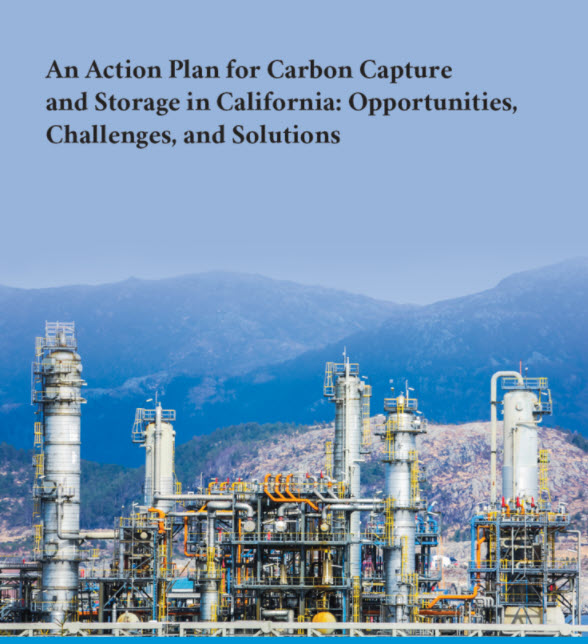 Carbon capture and storage (CCS) could play a major role in helping California meet the state’s climate goals by midcentury, says a new study from the Energy Futures Initiative (EFI) and Stanford University.

“An Action Plan for Carbon Capture and Storage in California: Opportunities, Challenges, and Solutions” urges policymakers to consider additional and immediate actions to promote targeted deployment of CCS.

“California has the most ambitious carbon reduction goals in the nation,” said report co-leader Sally Benson, professor at the Department of Energy Resources Engineering at Stanford University. “Our study outlines the vital role that CCS could play in achieving carbon neutrality by 2045.”

CCS, also known as carbon capture and sequestration, captures carbon dioxide, usually from power plants or industrial facilities. The captured carbon can be used or sequestered in several ways to prevent it from entering the atmosphere. One of them is permanently storing the CO2 deep underground in geological formations. Capturing CO2 is important because it’s the gas most responsible for global warming.

The 181-page report, released in October, follows an earlier EFI study that concluded that targeted use of CCS could be one of the single largest contributors to California’s decarbonization by 2030.

“Our study outlines the vital role that CCS could play in achieving carbon neutrality by 2045.”

“California has a strong economic base, a skilled workforce, and enviable innovation capacity at its laboratories, universities, and tech companies,” said report co-leader Melanie Kenderdine of EFI. “The state is well placed to accelerate its progress on developing the clean energy technologies that will decarbonize industry and the power sector, create jobs and new industries enabled by CCS, such as a hydrogen economy, and become a global leader in deploying CCS technologies.”

While not a “silver bullet” technology for decarbonization, CCS – when paired with permanent geologic storage – “offers a viable and important option for reducing emissions from the industrial and electricity sectors that are key contributors to California’s economy and the reliability of its grid,” the report notes.

“Today, California is at a crossroads in CCS development,” said the study’s authors. “Despite a strong foundation of climate policy support, sizeable technical potential to rapidly decarbonize, and natural resources that could enable the state to become a leader in CCS, it has no CCS projects that are operational.”

As of September 2020, there were five announced CCS projects in varying stages of planning and development in California.

“If CCS is to play a meaningful role in meeting the state’s 2030 emission reduction targets and 2045 carbon neutrality ambitions, California policymakers should consider additional and immediate actions to promote targeted deployment of CCS today,” recommends the report.

“California’s economy would be the fifth largest in the world as a stand-alone entity, so the state’s success in meeting its emissions targets and as a technology leader have significant implications for the global climate solutions,” it adds.

Key takeaways from the report

California: Oil and gas can be part of our clean-energy future

Do NOT follow this link or you will be banned from the site!