Bakersfield Californian columnist Robert Price shares the views of Aera CEO Christina Sistrunk as she urges California decision-makers to think twice about a wholesale oil-to-renewable-energy transition. Price met with Sistrunk as a follow-up to an interview by the same paper upon her arrival in California four years ago. Her comments at the time were visionary.

“Four years before Gov. Gavin Newsom set in motion the managed decline of California’s oil industry, Aera Energy CEO Christina Sistrunk was asking questions about the mechanics, and wisdom, of such an undertaking.”

So begins a Sept. 21 column by The Bakersfield Californian’s Robert Price.

In the Sunday piece, Price discusses Sistrunk’s thoughts on the state’s efforts to transition from fossil-fuel supply and demand to a carbon-neutral economy by mid-century.

With California recently appropriating $1.5 million to study how to manage its oil-to-renewable-energy transition, Price points out the drastic effect such a shutdown would have on Kern County’s oil industry and workforce.

No one from Central California, including local academicians and oil and gas leaders, says Price, has been “publicly courted” to participate in the study so far. 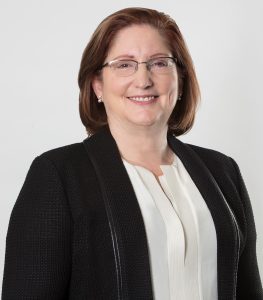 “I’m a big believer,” she said Friday afternoon at Aera’s Ming Avenue headquarters, “that the more voices you have around the table when you’re trying to solve complex problems, (the chances increase that you’ll find) better answers.

“Now, it can be kind of messy in the process because certainly you have a lot of different perspectives to attempt to navigate, I get that. But I don’t think you get better solutions by choosing to ignore the inputs of people that you disagree with.”

In the interview, Sistrunk also cautions decision-makers not to invest their hopes in a single power generation source. She urges those “who claim they have a pathway” to think hard about cost, system resiliency and the trade-offs associated with using limited technologies. And she emphasizes the necessity of involving those who will be economically impacted.

“Members of the study team might want to introduce themselves to Sistrunk, or someone with her knowledge, perspective and temperament,” Price advises.

“If anyone has her pulse on the technical, economic and societal aspect of this profound, coming change,” he adds, “it is the Aera CEO.”

What others are saying: “Kern County’s way of life is under attack” 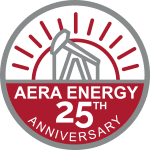 DID YOU KNOW? Aera Energy is a three-time recipient of the Forbes America’s Midsize Employer List, placing ninth in the 2022 ranking and securing its spot in the top ten midsize companies to work for in the United States.